My One Day Sojourn in Amiens, France 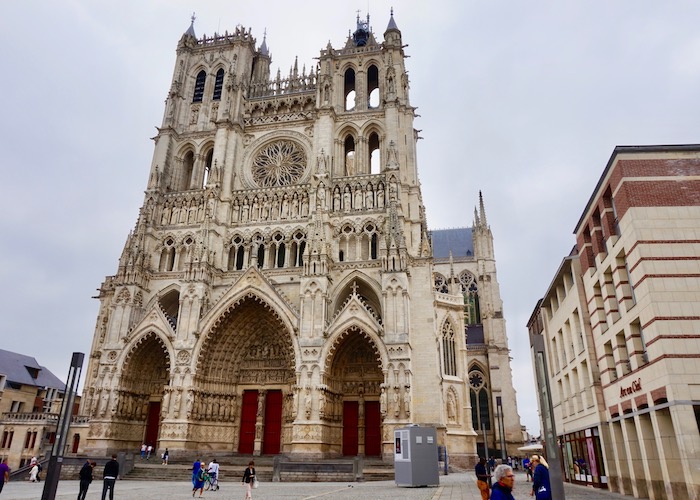 This sojourn in Amiens was totally unexpected. An opportunity knocked on my friend’s door and so she went on knocking on my door which happened to be the bathroom door  at this time (before bedtime routine) and told me that we would go to the city of the largest gothic cathedral in France. And yes, it is really beautiful-inside, outside and the  feeling when you’re there. One Amiénois whom I chatted with on the street had even said that it is the most beautiful cathedral in the world.

I’ve made a mental list of the places to visit in France and Amiens is one of them. I was more than excited to go that I wasn’t really sure if I’ve slept or not that night. I felt like floating that day. Got up at 7 am because Mickey the cat was sitting beside my pillow and was staring at me. The weather in Amiens was hotter than in Dièppe, where I was staying, but it was still cold at 9 in the morning. And I am a novice sojourner in Normandy that I didn’t bring pants. 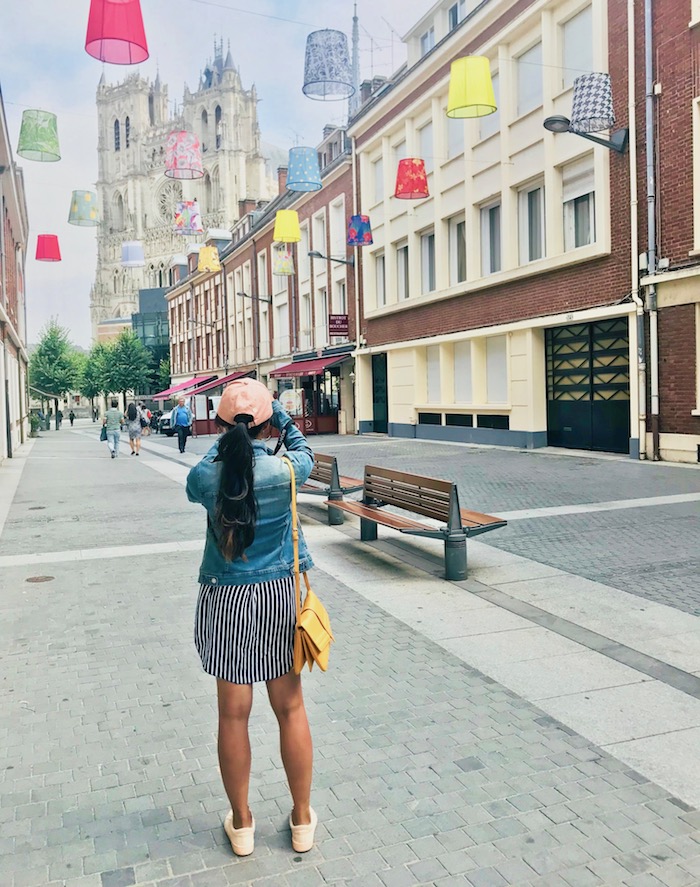 So my friend and I stormed Amiens with me in my short tattered denim shorts and a long striped chemise. I’m describing my clothing because my legs and I were really suffering the whole morning because of the cold. When we arrived, there were about 15 people. The Sunday mass was about to begin when we went inside. I’m more spiritual than religious but I’ve never been to church since 19-forgotten so I decided to attend the Holy Mass. That made it my first Holy Mass in France and in French. It’s good for my French and my decaying soul. To tell you, I was serious in the Mass. If you had heard the organ playing and the voice of the chorale which seemed to reverberate inside that 13th century gothic cathedral, you would understand why I felt something peaceful inside. I remember my Mom. I did some reflection and it was kind of calming. I love churches. They’re one of the best places for thinking. Though, my friend was probably dying of boredom waiting for me. 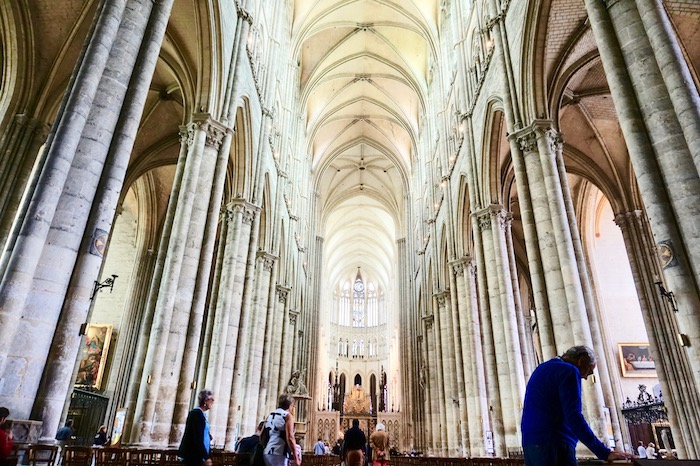 After storming the Cathedral, we stormed the centre-ville. I passed by Chez Jean Trogneux and I was eager to buy some macarons d’Amiens. They’re not like the colorful macarons you’ll see at Ladurée. They’re more like of the macarons we have in Philippines except that they’re not made of coconuts but of almonds. Unfortunately, it’s Sunday and like most of the stores in France, it was closed. And, oh, First Lady Brigitte Trogneux Macron is a member of the family who runs this French chocolatier which is best known for their macarons. Just a trivia. 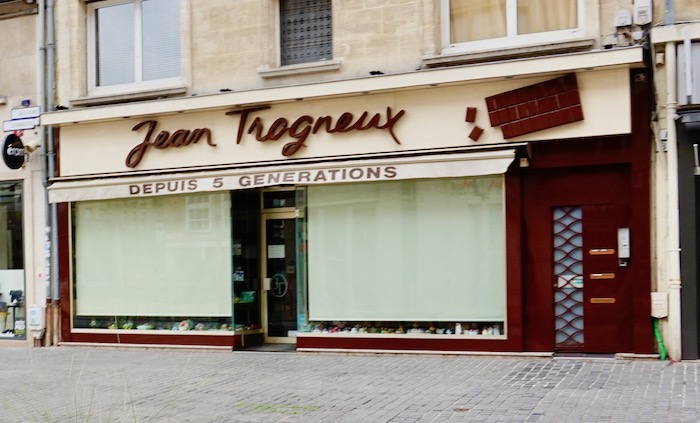 There are many things to see in Amiens. Walking along Les Hortillonages or the floating gardens of Amiens, which used to be market gardens in the ancient times, is a plaisir. The flowers. The houses. The gardens. The canal. The boats. They’re all perfect for a Sunday afternoon walk. Or even a morning or evening walk. The temperature seemed to be peaking and my clothing has become appropriate finally. 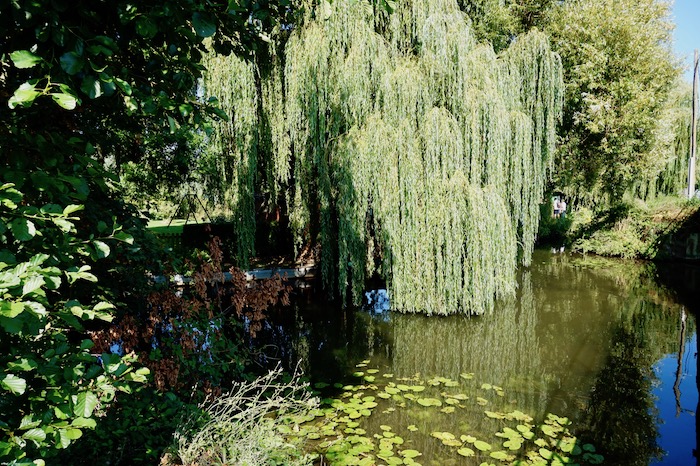 While walking along the bank, I was behind two elderly ladies. Two scooters were speeding and the two dames were horrified. I thought it was because of the probability of accidents- pedestrians run over by scooters. However, I heard them saying that « oh, we should close the road. Scooters are speeding. It’s dangerous. They might grab your bag… » It’s in French, I couldn’t capture the humor.

Anyway, Amiens is less than two hours from Paris so it’s easy to go there even if you don’t have a car. The train station (la gare) is close to everything so, no sweat. You can just walk around the city and visit and take photos.

A picture can tell a thousand words so I took photos that could tell a total of a million words. Check it out. 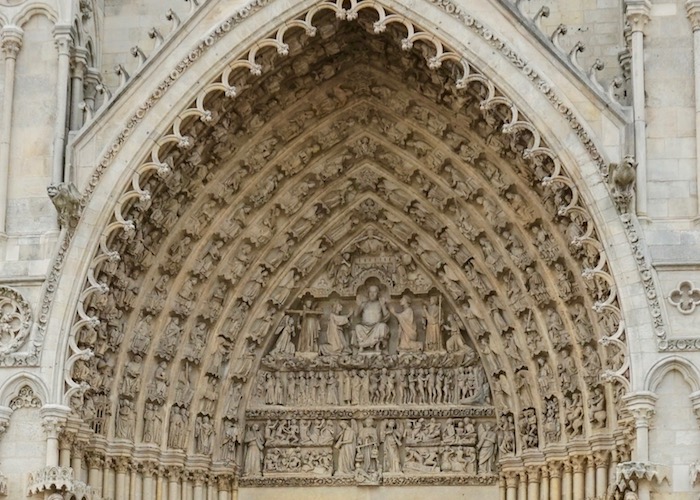 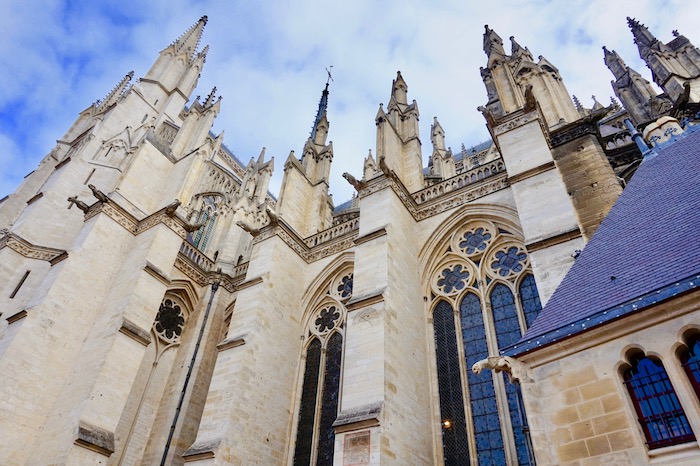 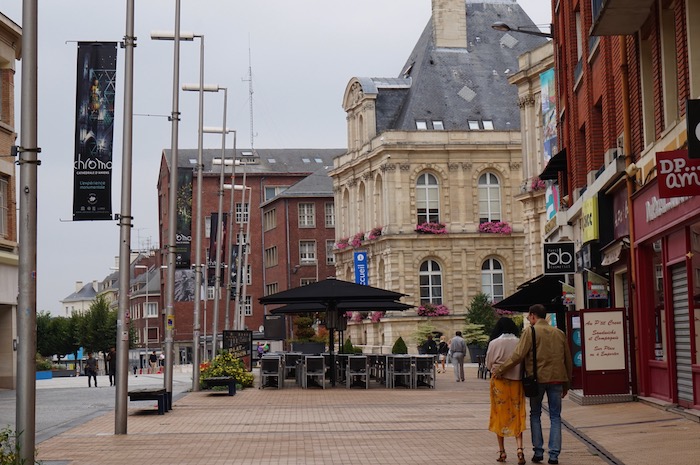 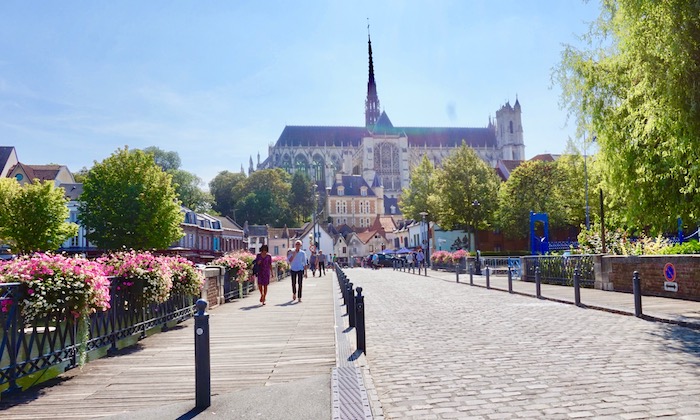 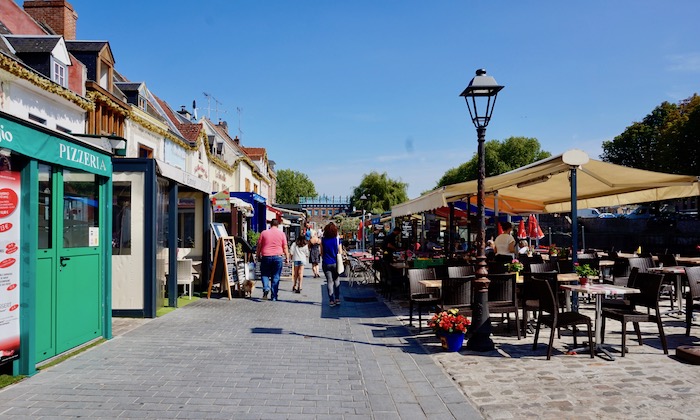 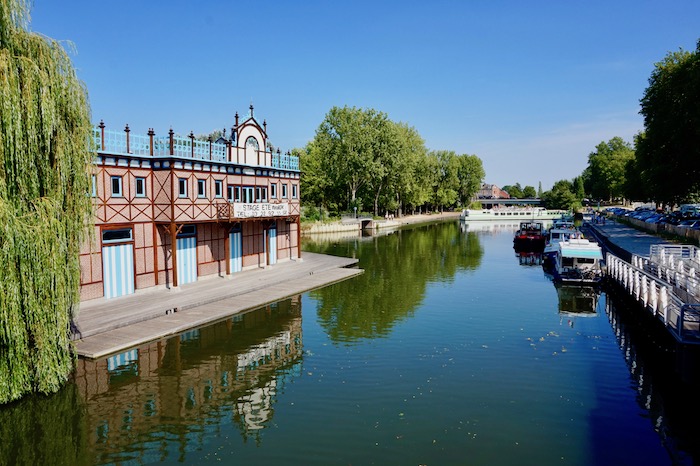 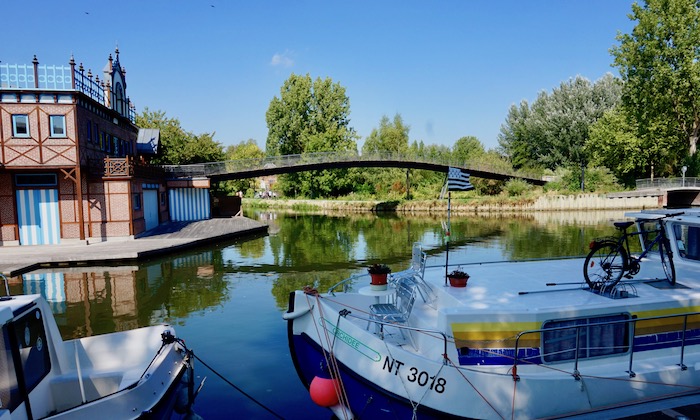 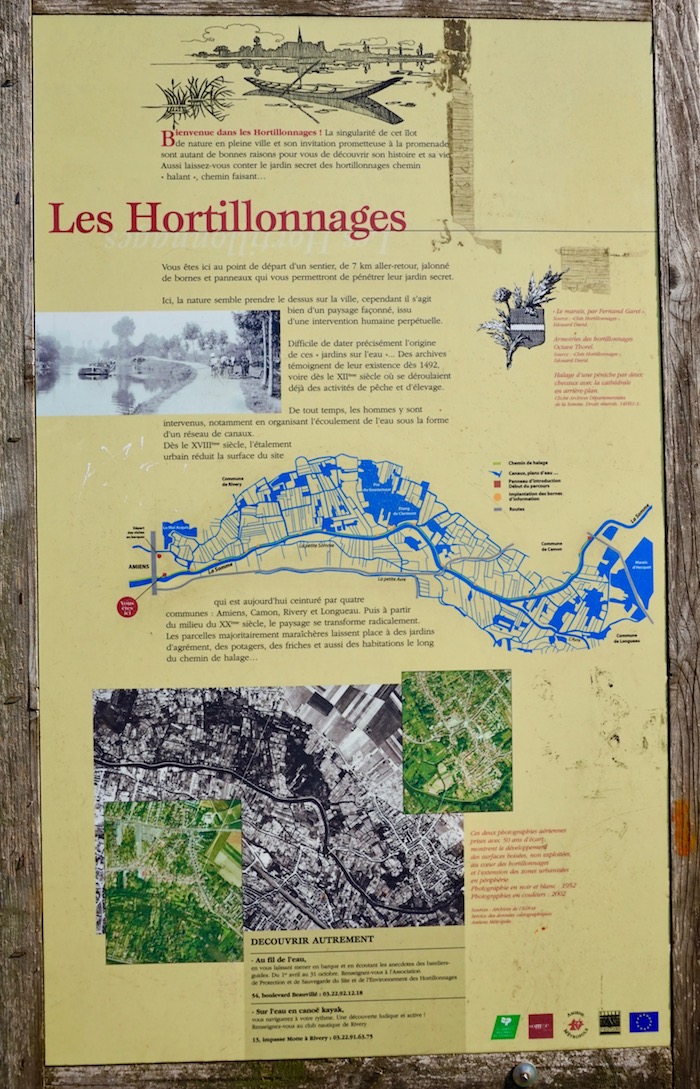 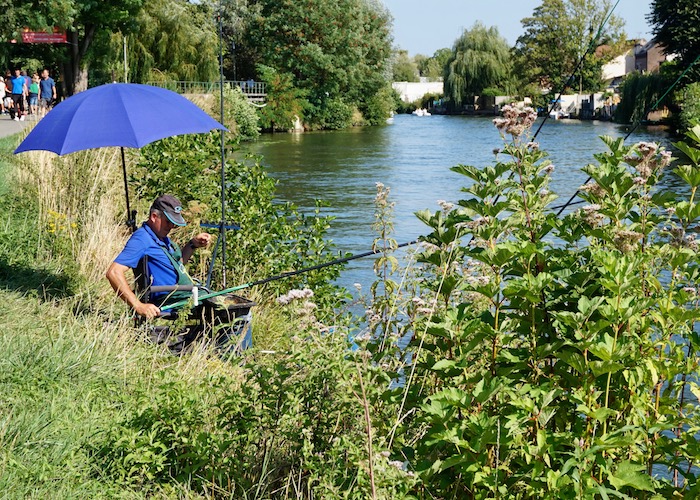 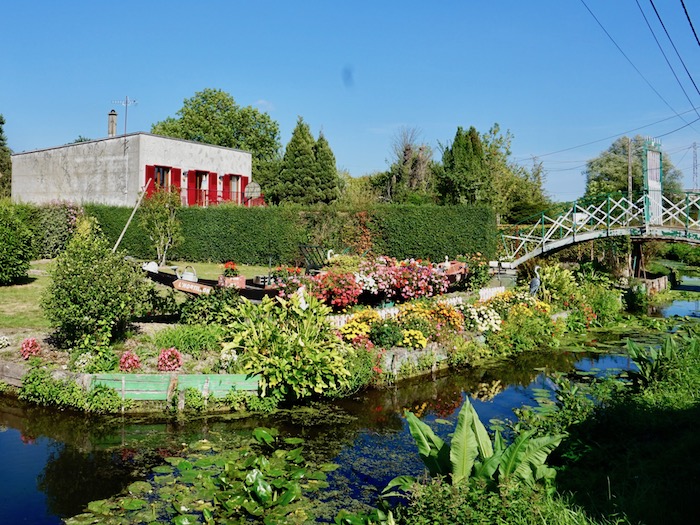 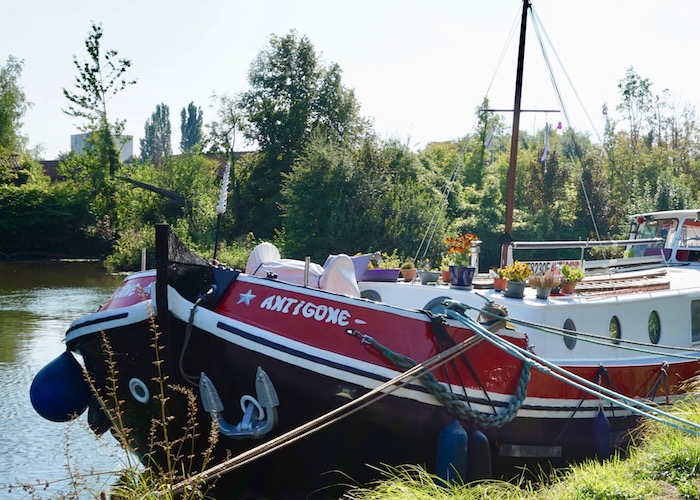 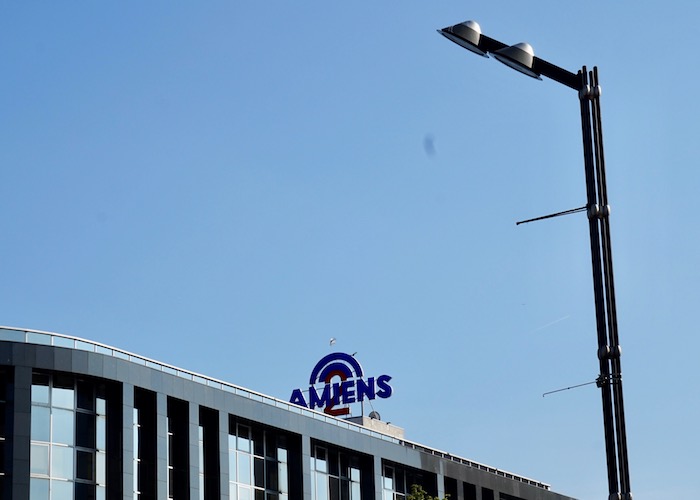