Nothing is more rewarding than winning BIG after losing a million SMALL times!

In life, we often seem to be chasing after the things we believe we are entitled to. That belief and sense of entitlement stemming from a deep need within us to fulfill our ultimate goals. Whether it's a dream job or life partner, it all comes down to our persistent craving to leave a mark in this world. There's actually nothing wrong with dreaming big and setting off to do whatever it takes to turn our dreams into reality. In fact, that's exactly how we should be going

"You reap what you saw." That's a very common saying which doesn't exactly "always" hold true. Sometimes, it's really okay that after all the exhausting and emotionally draining efforts we make to accomplish something, we end up losing. It's really okay to even feel angry, as long as that anger doesn't devour you but instead drives you to try even harder. What's not okay and definitely unhealthy is to claim something was actually snatched away right off your hands. Something you believe was "yours". But...to begin with, what you didn't get your hands on isn't really yours, right? Just because we feel that we deserve something doesn't automatically make that thing ours. What's ours always comes to us in the end. If we're patient. about our everyday life. But the downside to that is, sometimes if things don't go as planned, we are overwhelmed by a feeling that we've been denied our rights to those things. That feeling eventually turns into a sense of bitterness and frustration.

And wise. And tolerant. Instead of crying rivers over lost battles and dreams, playing victims of time and misfortune...we might want to own our losses and learn from them so that the next "and next and next" time we try, we know which traps to avoid and which doors to open. Nothing is more rewarding than winning BIG after losing a million SMALL times.

"Dear Lord, please bring our way what and ONLY what is ours in Your will. Teach us how to be patient and let the fire keep burning to bring out the gold in us." 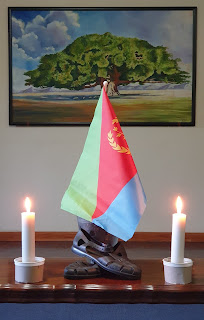