My day at Museum d’Orsay

It was a warm summer morning. But the wind was fresh that it made me forget the harsh thirty-plus degrees weather that was burning the city of love for the past months.  In view of this, it’s been really hard for me to concentrate in the afternoon classes ever since summer waltz in unannounced in our lives. But not today, today the weather seemed to come to an abrupt cosmic agreement to cool its summer rage.


Taking the train and metro on that day felt like a limousine ride. Almost all Parisians were out of the city on vacation. This also made me forget how busy Gare du Nord is on any other given ordinary day. I closed my eyes and inhaled the fresh air also committing this peacefulness to my memory.
I made it to my class (professional training) right on time. I always try to make it five to ten minutes before class starts because our French teacher always rebukes us for not being on time. I have developed a habit of avoiding her mini-lecture about the importance of punctuality and the consequences of running late to class.
I guess everyone is in a good mood today for our teacher decided to take us to a museum as class attendance was low that morning. Going to museum has been on our bucket list as a class but we  couldn’t get to actually do it because of the packed schedules we all have.
The long queue in front of the Museum didn’t feel so boring as me and my classmates were blabbering and having fun the whole twenty minutes wait. Until this day I didn’t know our teacher Alla was an art enthusiast.  Her whole demeanor changed once we were admitted into the museum. Her face lit up. She began talking about the paintings and the sculptures one after another; stopping to read on the information accompanying the pieces, just to find the very few details she’s missed. She is well-versed in art and its history and she was trying to explain to us in elaborated but simple ways.
Do you know what makes visiting museums more fun? It’s having someone fluent in art and history right beside you. Someone who tells you about the artworks and pieces and their era as if they were part of that period, someone who is engrossed in the telling. If you haven’t tried exploring the museum with art and history enthusiast, I suggest you try it as soon as possible. You will thank me later.  Alla was that person for us. She guided us expertly. I saw her transformation right in front of my eyes: the more time we spent in the museum, the lively and engrossed she became. It made me wonder if I have a passion that transforms and brightens my face with passion as art does to Alla? But this is another topic, maybe we will wander around to it some other time.
One thing that caught my attention was Alla’s narration of the earlier history of the museum and how it used to be a train station. This was during the war and later the French decided to turn the train station into a museum. Guess the first thing I did upon reaching home? Yup, I Googled it and saw myself the earlier history of the museum.
Call me old-fashioned if you may but I tremendously enjoy such outings and explorations. Some of my classmates, however, didn’t hold the same sentiment. Take Olivie, the cool dude from our class, for instance, he come up to me and said,  “you know Dinar, this art thing is not my thing. It’s good and all but I am more like sports and horse guy.’’ Well they say there is no accounting for taste so I shrugged it off and continued on. Amir, another classmate of mine, on the other hand was so in to the art. He was jumping from one painting to another sculpture gleefully.  Let me share with you guys what I used to think of Iranians prior meeting and befriending Amir, I thought Iranians were Arabs who spoke Arabic. Shame on me. To my bewilderment, Amir spoke neither Arab nor English. Personally I like talking to him because it is always a win-win situation. I get to practice my French, and he is always interesting to talk to. 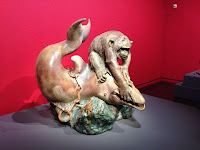 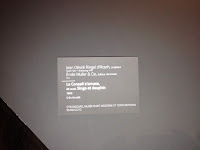 Well don't judge me but exploring the museum for me was like taking a kid to an amusement park for the very first time. I was in utter awe. The museum in a way kind of merged centuries of art and history and offers a summary of it.  The Medieval Arts have always excited me. For an art amateur like me, all the sculptures of that period seem to hold mystical and magical power. I couldn’t ask all the questions I had for the fear of appearing real dumb but wow, how did all these ancient civilizations manage all the progress and achievements.
I mean clearly now life has become more easier with the advancement of technology and in the advent of artificial intelligence, but just look at some of the earliest famous paintings of the world.  The paintings in the museum were so good that some of them seemed photo-shopped Van Gogh mastery and his way of playing with colors in a canvas gave me goosebumps. Also another favorite of mine are the masterpieces of Claude Monet, Paul Cezanne and others.  That day I learnt the colors of the paintings of Monet were so sensational and give the beholder unique feeling to the eyes that one hasn’t experienced before, moreover it makes one realize what one has been missing before such experience. Maybe I shouldn’t talk more about art, lest I show my ignorance on such topics. 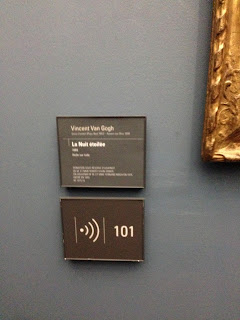 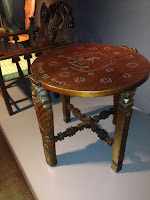 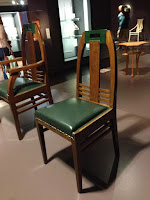 There was another intriguing section to the museum, , the collection and display of classy and classic furnishings. It got me thinking why the world stopped creating cool furnishings like those? Where did all the carpenters go? Paradoxically, it seems the world was so developed then than now. I know it might sound bizzare having to say this but my IKEA furnishings  at my apartment are witness to my absurd statement. Maybe the new world and the current generation is more into comfort and ease than design and class? Maybe. 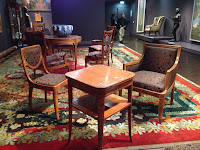 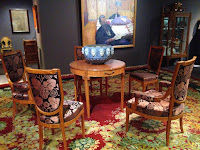 Well to show off our generation’s achievement in the face of the austere grandeur of the artifacts of the museum, we took thousands of photos and selfies. Well if there is one thing we have in abundance in the modern era is taking photos and selfies. But in the frenze attempt to take as many photos as possible, we didn't forget to respect the privacy and wishes of our classmate Ephigenie not to be photographed. She has a Fotografizophobia.
Our time in the museum stretched into adventurous six hours. It was a great experience. I loved everything about the museum. From the view of the ceiling to the large and priceless monuments to incredible paintings well preserved.

Well the moral of the museum tour is that even though I am living in Paris, I am not living it to its fullest.
As Alla says, ‘’ vous vivez à Paris, il y a beaucoup de choses à voir et à visiter. S'il vous plaît sortir et profiter.’’ She’s right, I should take advantage of it and with this in mind, I left the museum with a promise to myself that I will come back to visit very soon.
Do you know what the best way is to conclude such a great adventure? A picnic. So we set up our picnic at the bank of La Seine. We ate our lunch,  waving at and greeting the tourists who were passing by the boats. We took some more photos and call is a day.
Posted by Dinar at September 20, 2018
Email ThisBlogThis!Share to TwitterShare to FacebookShare to Pinterest